I had just landed in the archipelago of San Andres, Colombia in comfortably the most ghetto airport I’ve ever had the displeasure of visiting. This caught me off guard somewhat as our descent had been postcard perfect. 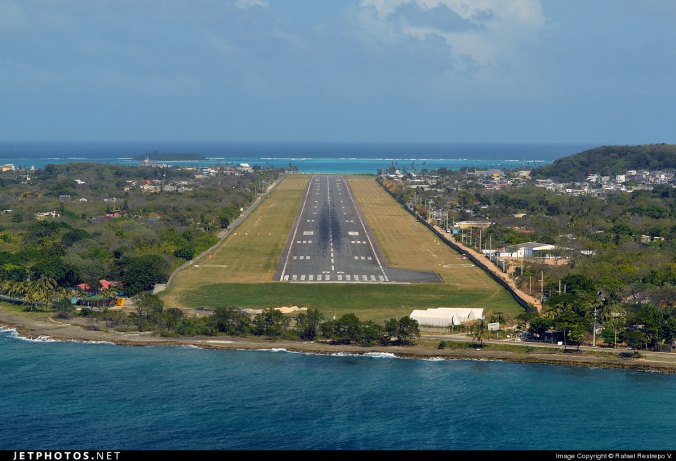 I disembarked and entered the ‘International Transit Lounge’. This consisted of a large concrete shed with two average sized rooms connected by a corridor. Each and every brick that had built this house was now beyond battered and bruised, it looked like they’d been bombed. Three of the four walls were badly crushed and had tangles of rusty iron spilling from their innards and through the elderly travel posters of Colombia pasted over them. I attempted to take a photo and felt a swift rifle butt in the small of my back. I turned to see an armed guard in military regalia pointing at the ‘No Photos’ sign.

Standing outside in arrivals, I was approached by a taxi driver. I loaded my iPhone notes and showed him my address for the night. He nodded in recognition and gave me a quote. “Fifteen thousand?”
“That’s a fiver,” I thought outloud. We agreed it was a bit steep and began to barter.
“Ten thousand?” I countered.
He shrugged. “Si,” he said, a little too easily for my liking and bunged my bag into his boot.
We weaved through the backstreets of the multicoloured barrios with Gran Turismo efficiency. 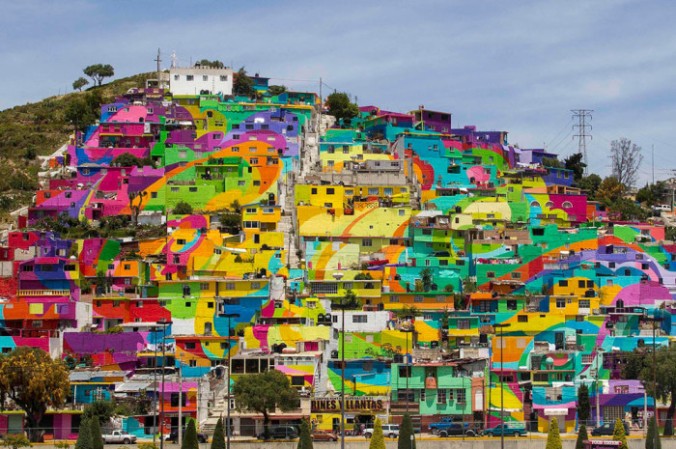 We arrived outside and I gave him two five thousand notes, but he turned Grand Theft Auto on me.
“Fifteen.”
“What? It’s ten? We agreed on ten.” Reason should always be the first refuge.
“No. Fifteen,” he replied self-assuredly.
“No. Ten.” I told him, sure I was in the right.
He strolled to the back of the car, flipped open the boot and produced a machete. “Fifteen,” he said again.
“Fifteen it is,” I hastily pulled another five thousand note out of my wallet and thanked him for a wondrous journey, choosing to overlook the lull in customer service at the end. As he drove off, I couldn’t help thinking he had sold himself slightly short. If you are going to commit to armed robbery, you should probably aim for a haul that at least covers the cost of your weapon. I mean, at least take my iPhone.

There was an error retrieving images from Instagram. An attempt will be remade in a few minutes.