I had just two aims for my final evening: buy toothpaste and an Indian souvenir. This is the joy of solo travel: you are your own boss so anything can happen. You could find enlightenment, stumble upon love or you could find Hans waiting in line at the chemist. Hans was a middle-aged, ponytailed hippie, speaking English to the cashier with a strong European accent. My toothpaste purchase was delayed by an impassioned speech; he was trying to convince the pharmacy to recycle their rubbish. He apologised for making me wait and asked if I would like to accompany him to a night market. I nodded.

“Yeah, I want a souvenir. How lucky.” I thought out loud.

“Luck comes in many forms, my friend,” said Hans with a mystical flick of his hair.

I jumped on the back of his red scooter and we whizzed towards the Saturday night market in Arpora, Goa. The blind turns and potholes reminded me that in India you’re seldom more than five seconds away from danger; whether it’s a motorbike crash on a muddy backstreet or a rabid dog crouching in the shade of a shack selling dodgy curries. Traffic snaked down the hill that led to the market for at least a mile. Hans swerved expertly between taxis, rickshaws and other motorbikes until we entered a carnival of fairy lights. 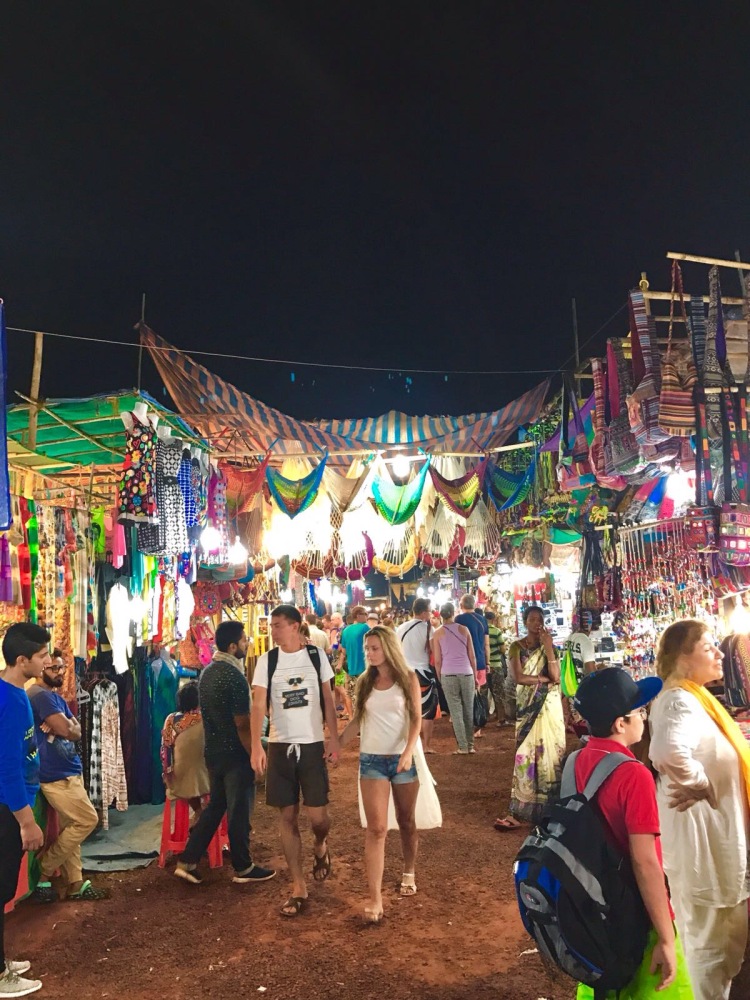 The night market was a pop-up shanty town of stalls and shacks, buzzing with the energy of New Years Eve. In the midst of the maze of colourful meandering, Hans explained his life’s work to me. He’d left his hometown in Holland twenty years ago for a holiday and never returned. Now, he was on a one man mission to introduce recycling to Northern Goa and spent his days trawling round local businesses, convincing them to sign up to his endeavour. I was listening, captivated, when I felt the urge to find a bathroom; I excused myself.

I have a rudimentary three-pronged list to determine whether a country is first, second or third world. Do they have a functioning public transport system? What is their stance on women’s and gay rights? And can you flush the toilet paper? The restrooms at the night market informed me that despite its burgeoning economy, India is still a third world country. I held my breath whilst I unzipped and scuttled out into a sea of stars as soon as I’d finished. 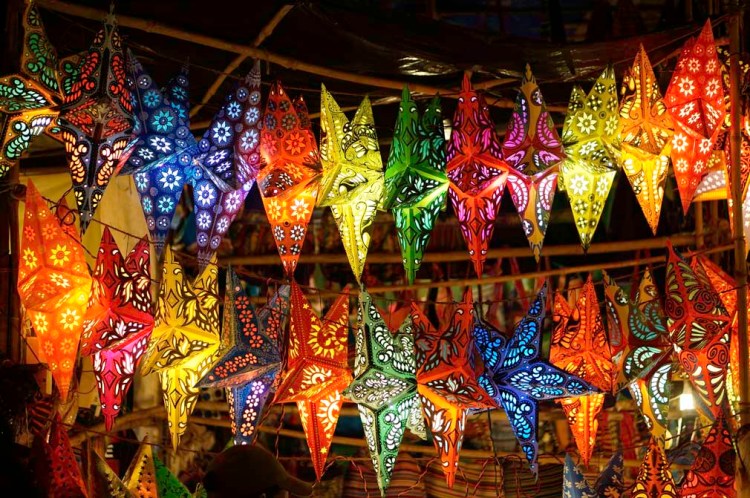 “I converted to Hinduism in the late nineties,” said Hans. “I really identified with Dharma – their code of ethics and duties towards humankind – and Samsara, the continuing cycle of life, birth, death and rebirth.” He paused for a second and looked towards the sky. “I guess when the Indians’ taught me that life recycles itself, I wanted to give something back and teach them to recycle earth.” Then I saw a stall selling swastikas. In the ancient language of Sanskrit, swastika means well-being. It remains a symbol of good luck across India today and this, I decided, was reason enough to purchase some. You never know when you’re going to get another chance to legally purchase a swastika.

Other Indian symbols surrounded the spices, teas, Kashmiri carpets, carvings, jewellery, clothes, cushions and hammocks on sale. Colourful, perfectly concentric mandalas and images of Ganesh, the trunked Hindu deity, were the two most common. Hans and I were wandering through the stalls, talking about how you make your own luck. His greying bob swayed every time he nodded; whenever he agreed with something I could really tell. But I was never quite sure whether he was nodding at what I said or the meditational trance music in the background. Right now, he was staring at murals of India’s holiest animal. 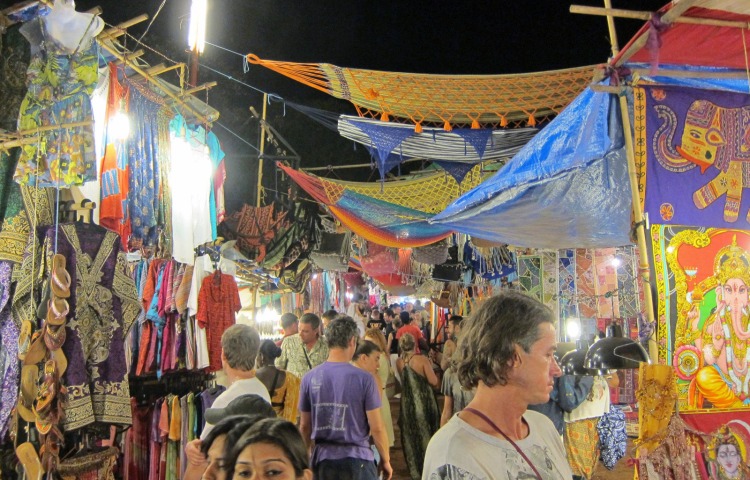 “Hindus revere elephants, they’re symbols of luck,” said Hans. “They resemble their god, Ganesh, and represent the attributes of a perfect disciple. The large ears mean he’s a patient listener. His eyes are believed to behold the future. The long trunk allows him to smell good and evil and his big belly shows he can digest all that good and evil as fuel for life.” I want to buy an elephant, I thought. Around the corner, I found a wiry man selling them. He introduced himself as Ravi. Inside a wide shirt collar, his neck rattled around like a turtle’s, lending him the look of a child dressed up in his parents’ clothes. But these parents had taught him how to hustle. He dangled a succession of products in front of me, describing them with phrases like ‘nice gift, nice gift’ or ‘best price for you, my friend’. We began the age-old dance of bartering. He started high, I countered low. He brought down the price, I feigned disgust. He came down a little further, I shook my head and began to walk away. He chased after, shouting smaller prices. We agreed on a fee of 200 rupees, I handed it over and received an elephant in exchange.

I found Hans by the exit, asking a security guard to summon the site manager to speak about being green. He was holding an elephant similar to the one I’d bought.

“How much?” I asked, pointing at its trunk.

“100 rupees,” he said. Then I realised I’d forgotten to buy toothpaste. I do agree with Hans that luck does come in many forms, but this guy is not one of them. 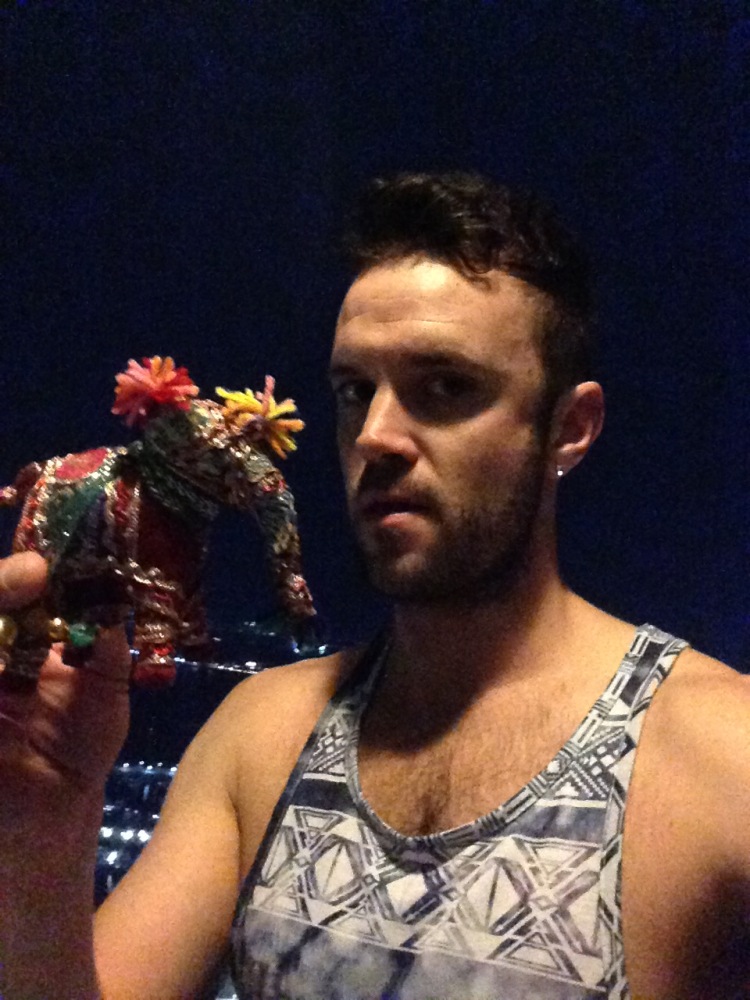